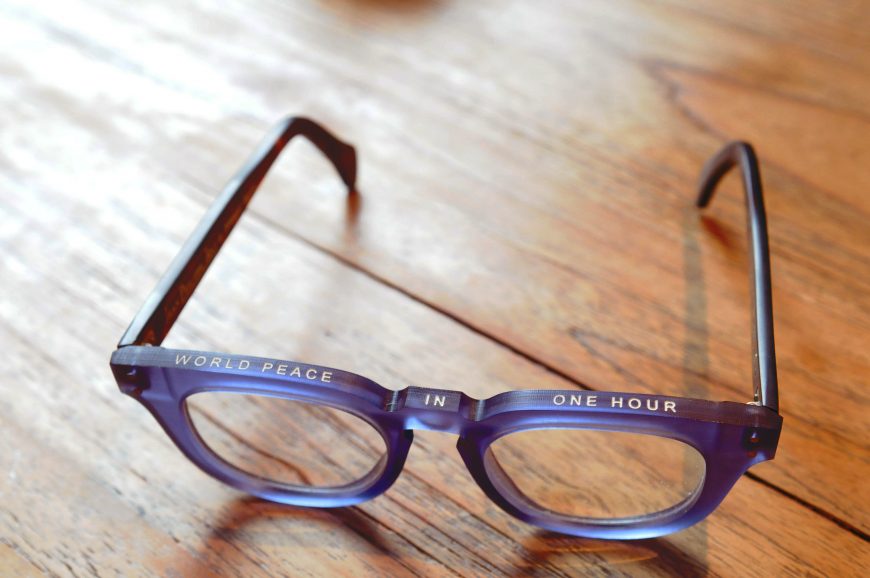 Interview with Nenad Bach 3 “World Peace can be realised in one hour.”

The professional activity of Nenad Bach, who started Ping Pong Parkinson, is that of a musician. On March 24, 2011, less than two weeks after the Great East Japan Earthquake, Nenad Bach held a charity concert to support the people affected by the tsunami. When I asked him about that time, he replied calmly and modestly.

“That was just a small thing.”

“Everything is together, not isolated but connected with each other, so it is important to react.”

Nowadays a New York resident, Nenad Bach is originally from Croatia and experienced the civil war. It may be because of his experience, there is a phrase used time and again in his activities to aspire for world peace:

“World Peace in One Hour.”

This phrase reflects his energetic activities as a musician as well as his dedication as the instigator of Ping Pong Parkinson. I asked about the phrase.

“What do you think why a war happens? There is one major reason, “money.” Wars are profit for 500 people in the world and misery for the rest of us.

“The military expenditure around the world is 1.7 trillion dollars every year. If the G7 or the G8 countries, including Russia and China, agree to scale down the budget at the same time, you have a trillion dollars for infrastructure and you can do something for the beneficial for the society.

“We have everything we need to achieve world peace in one hour. For example, Twitter can inform around the world less than a second. We cannot hide violence any more.

“I have met and talked with many people in the world through music. Music moves people. The art, such as music, drawing, architecture, poetry moves people and stays forever. Japanese Haiku is also an art. Sport can also move people’s heart. Sport is universal and that can be replaced with languages and you can play sports even if you do not understand languages with each other. I want to connect this to the world peace,” said Nenad Bach.

The presentation at the 2018 World Table Tennis Championships in Halmstad and the inaugural ITTF Parkinson’s World Table Tennis Championships derived from the presentation as well as the collaboration with the Parkinson’s Congress and the Biomedical congress… “They are not happening isolated but all is connected.” All of these are the fruits of the belief of himself. If so, sport can be linked to the world peace soon…

I asked him about his table tennis life at the end.

“I joined a competition in Kyoto during the Congress this time. I had a warm welcome by JPDA (Japan Parkinson’s Disease Association) in Tokyo and Ping Pong Care Organisation. I also visited an exhibition, Sense of Humour, in Roppongi with my friend (a Japanese with no experience in table tennis) and played table tennis there together.

“I usually play table tennis several times a week. I would love to play every day. I’m addicted to table tennis. I would play for eight hours.”

The more I know about Nenad Bach, the more I am overwhelmed by the scale of his activity and his thinking. I hope to tell everybody that there is a person like him but I am intimidated by the thought of such a daunting task. Most importantly we are friends, we are friends because of our love for table tennis.

The sport of table tennis connects people. I feel it is very true, I was delighted to see his smile and excitement when he said: “I’m going to play table tennis now!”

Sentence and photo by Ayako Kawai
In cooperation with Noriko Teramoto