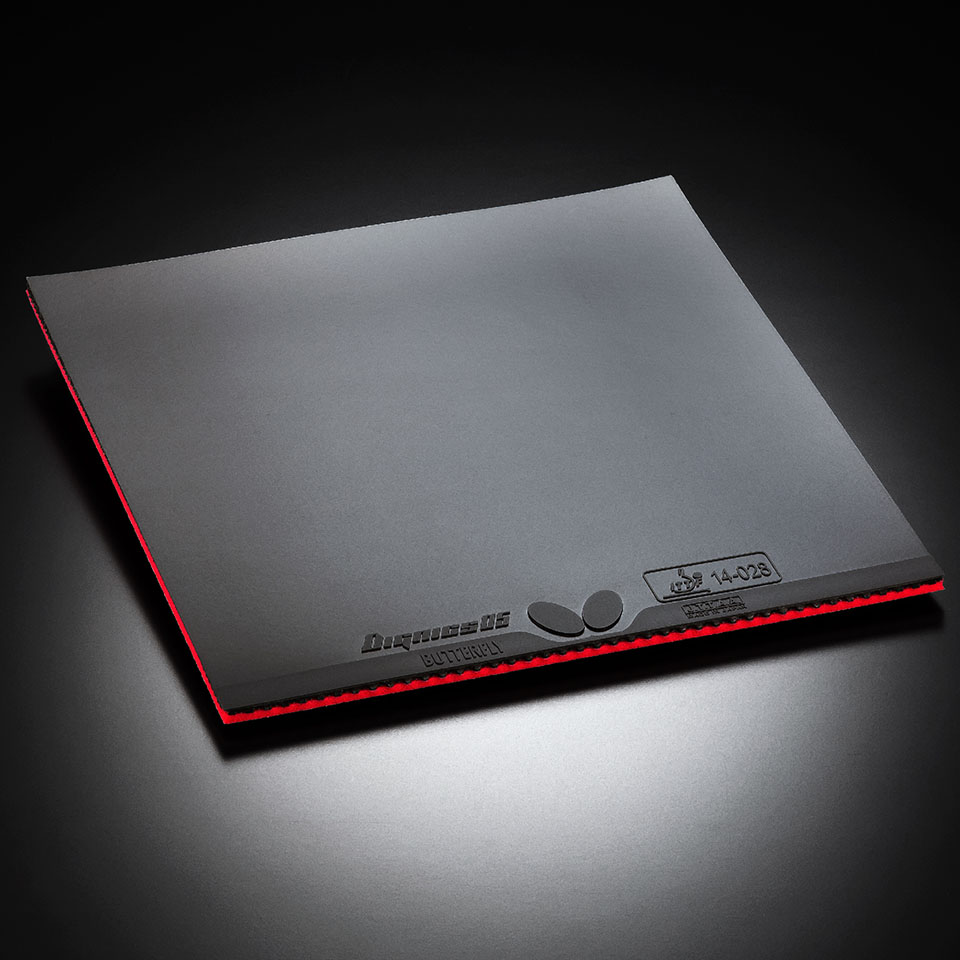 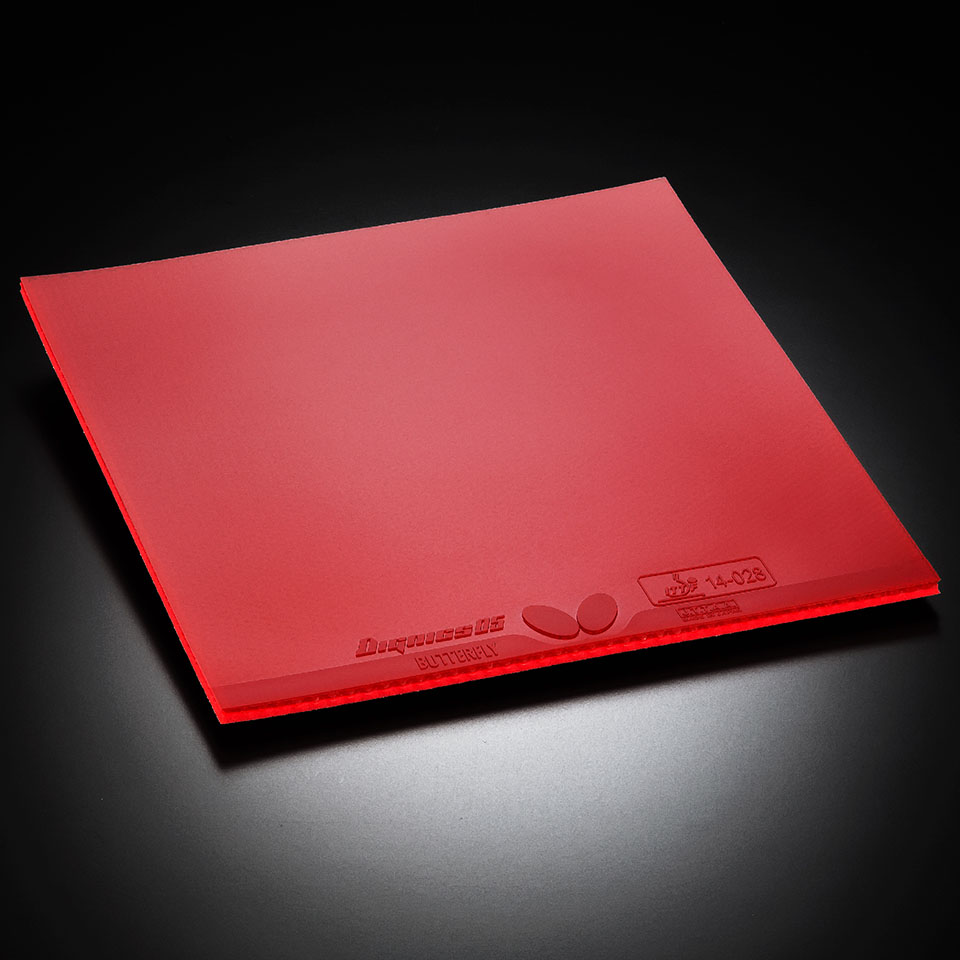 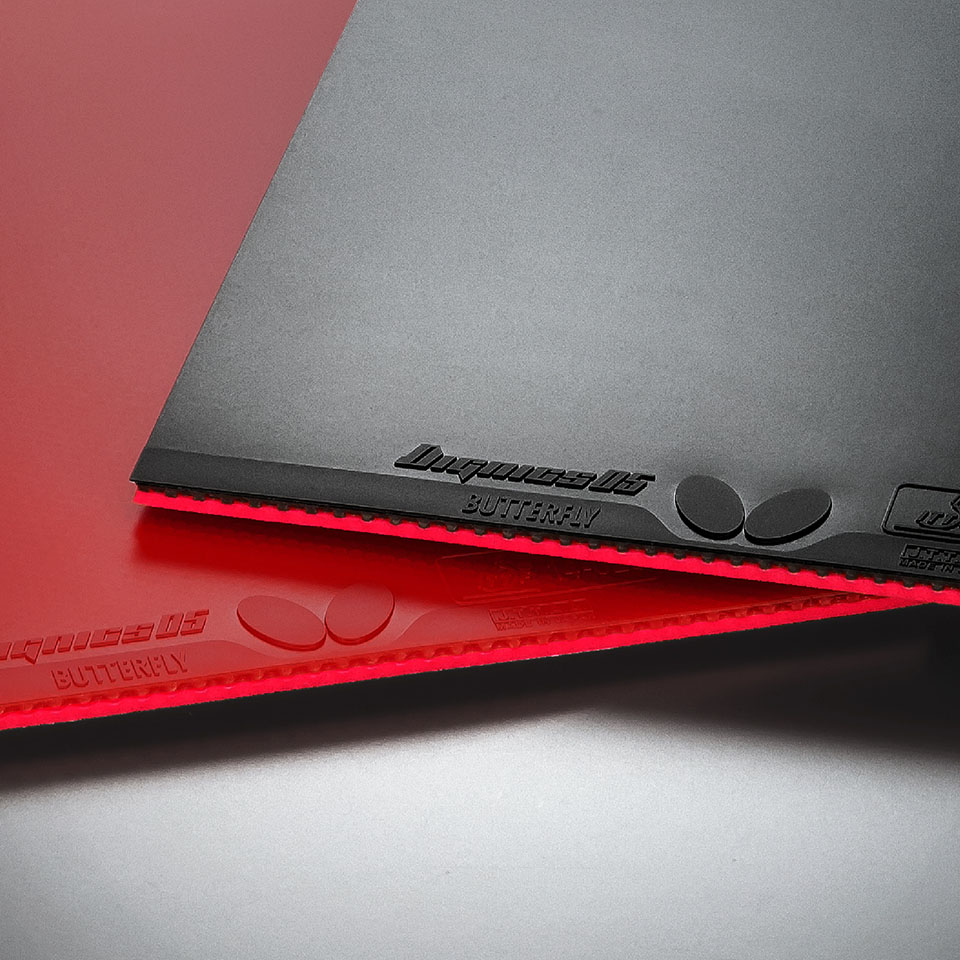 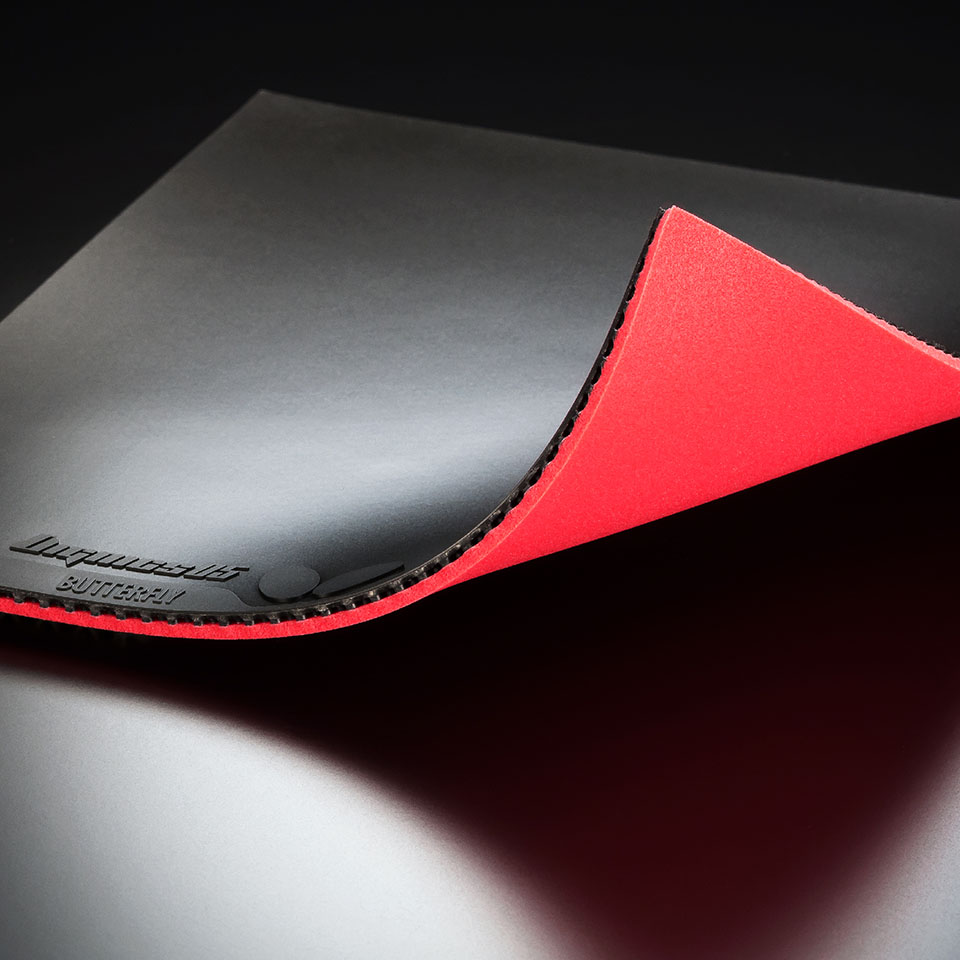 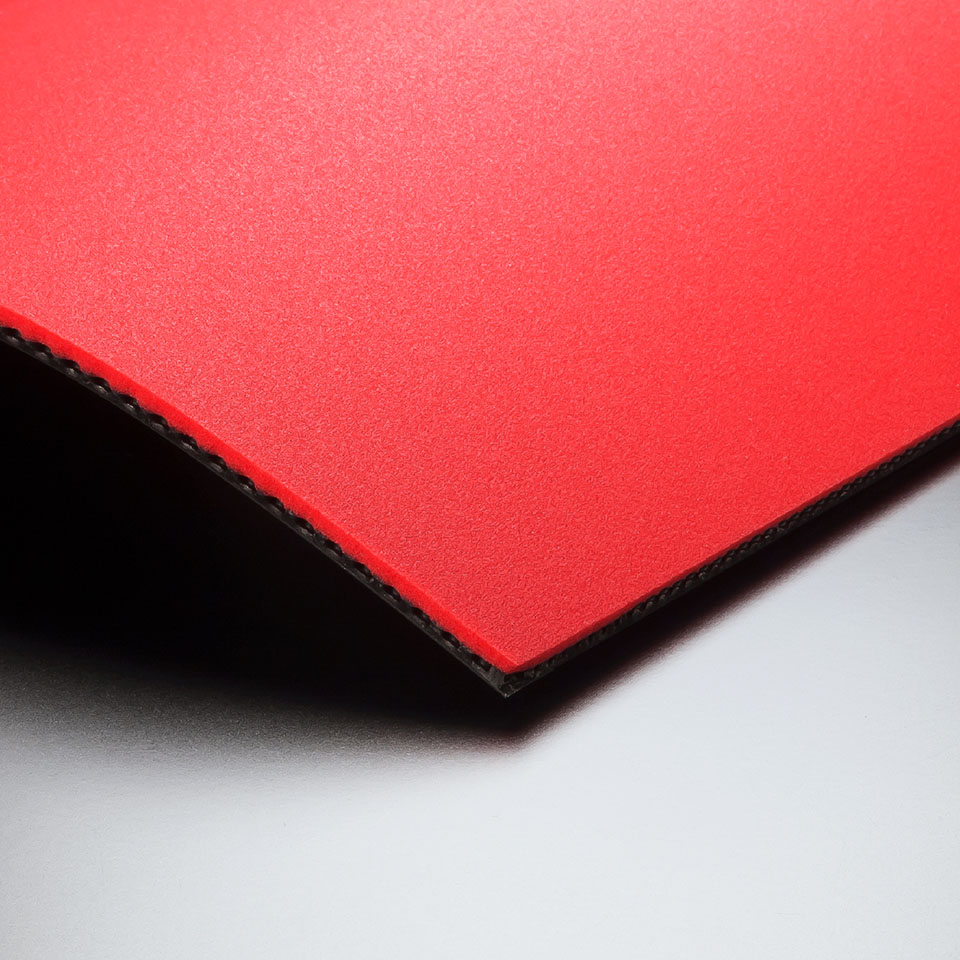 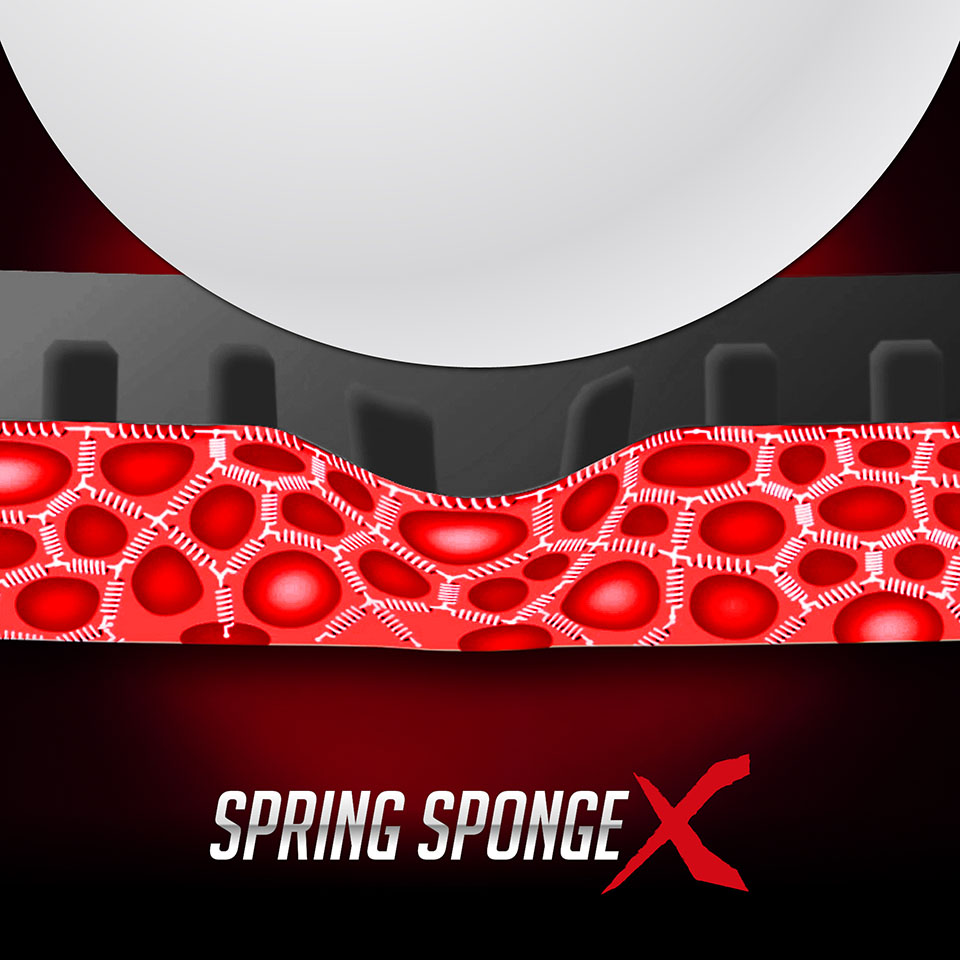 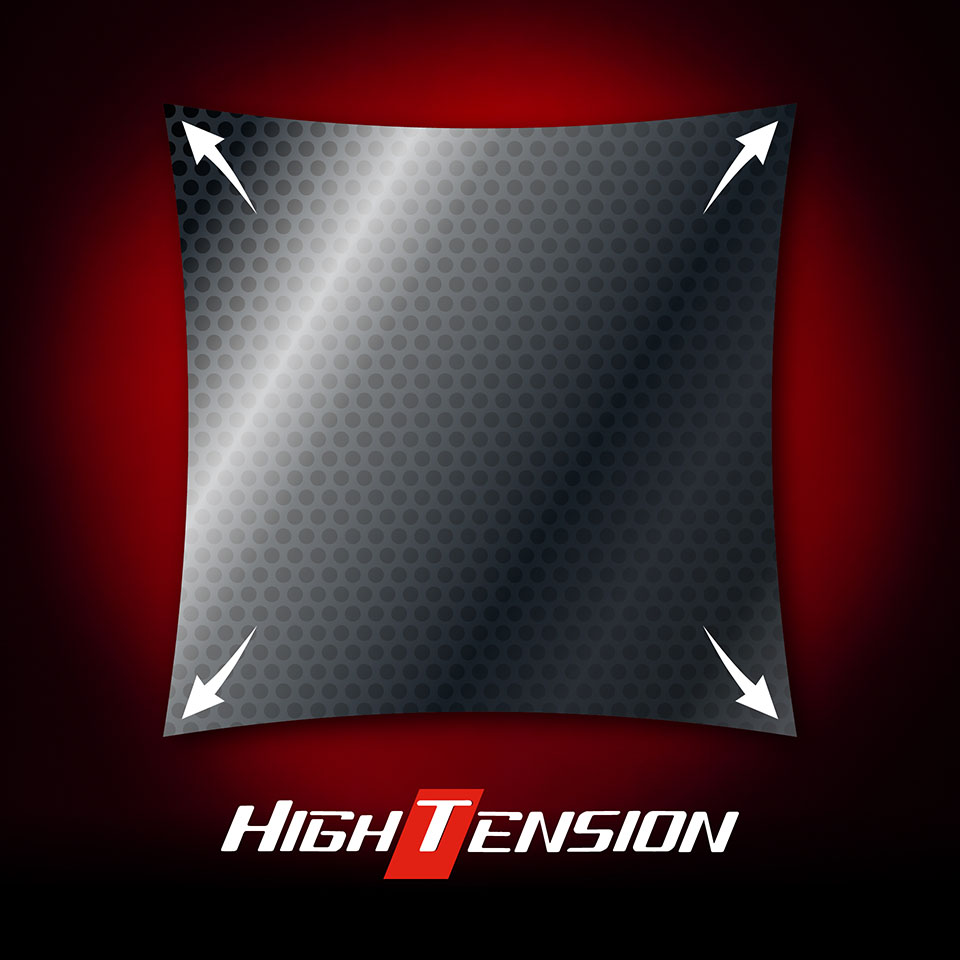 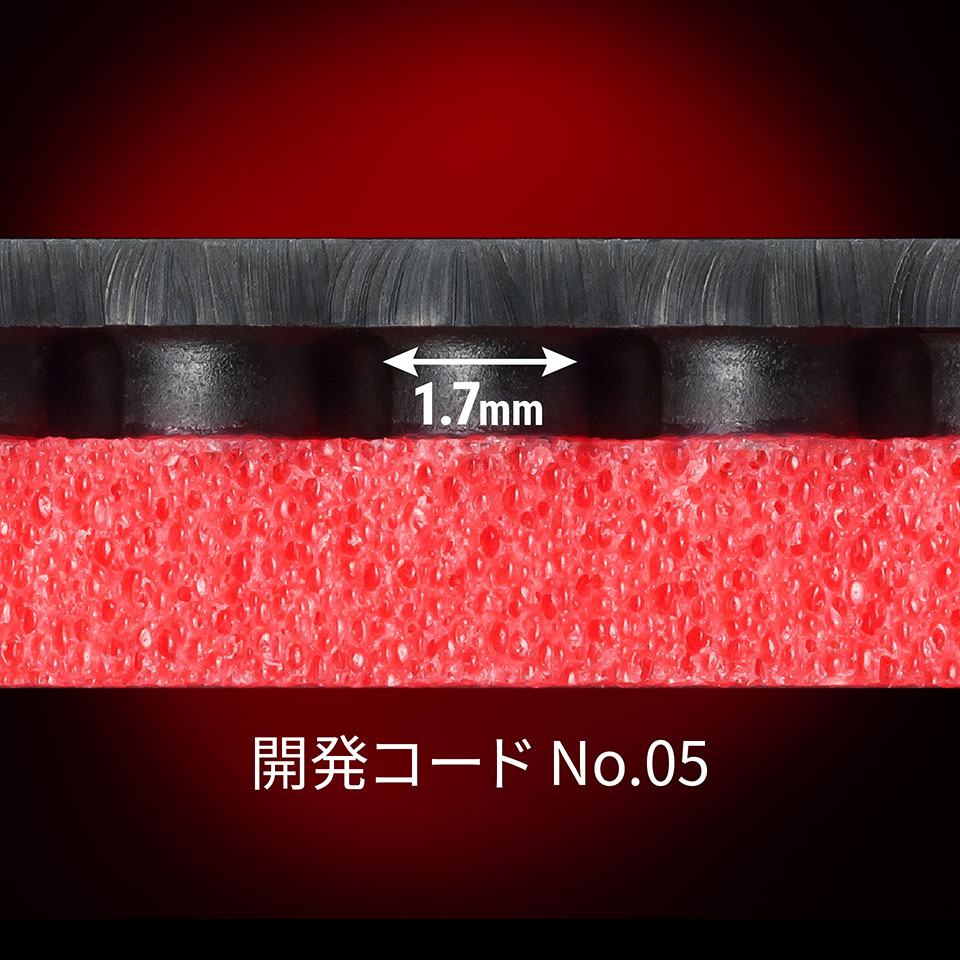 DIGNICS guides your play to a more advanced level. The essence is the combination of Spring Sponge X, the advanced version of Spring Sponge which has more elasticity; the uniquely composed top sheet, with strengthened abrasion, proves great resistance on the surface, providing the feeling of holding the ball at impact. Adopting pimples code No.05 recognised for its high spin performance, DIGNICS 05 is recommended for the player who seeks to generate a high level attacking play imparting powerful topspin, as well as counter topspin play both close to the table and at mid distance.

The chances of the ball travelling in the direction of
the racket movement and deeper are increased.

The main feature is that the ball is likely to travel in the direction of the movement of the racket and deeper as DIGNICS 05
holds the ball well thanks to advanced spin and speed performances.

Trajectory of the ball stroked with DIGNICS 05 and TENERGY 05

The illustration shows the trajectory image of the ball using DIGNICS 05 and TENERGY 05, from the same position with the same movement, topspin ball against topspin.

The ball is likely to travel in an arc, power is strengthened

Better combination, for your style of play

What blades are recommended for use with DIGNICS 05? We will introduce some combinations for the playing style you prefer.

For what kind of players is DIGNICS 05 recommended?

A player who wishes to attack strongly when receiving service
The feature is illustrated in the techniques needed to stroke the ball delicately on the rubber surface, such as when exercising the Chiquita.

A player who wants to excel at counter topspin play close to the table
The ease of holding the ball with DIGNICS 05 enhances the accuracy of counter topspin.

A player whose strength is aggressive all-around topspin play from all parts of the court
The level of power executed away from the table and the mid-distance, such as topspin against topspin will undoubtedly be increased.

The main target is the player who competes at an intermediate and advanced level. However, a wide range of players can benefit from the advantages of DIGNICS 05.

Responding in the era of the plastic ball

After the introduction of the plastic ball, more players feel a decrease in speed and difficulty to impart spin on the ball; speed and spin performances from rubber are required more than in the past. Now that aggressive play close to the 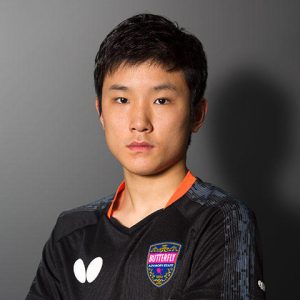 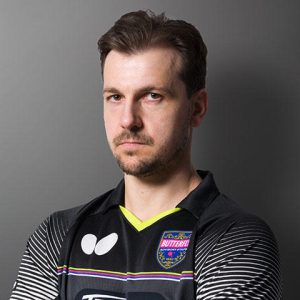 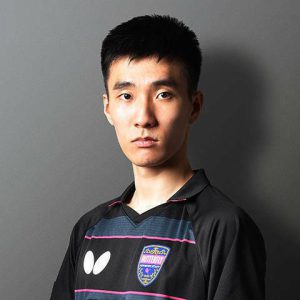 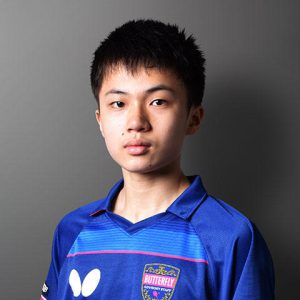 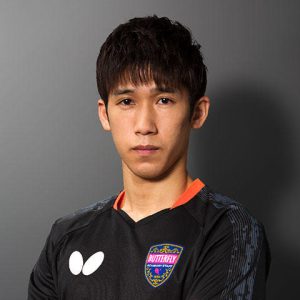 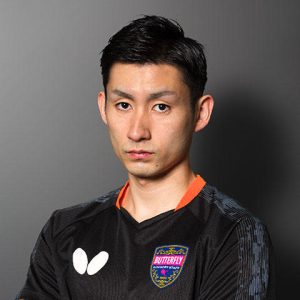 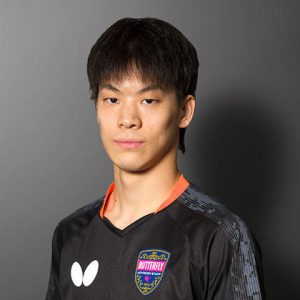 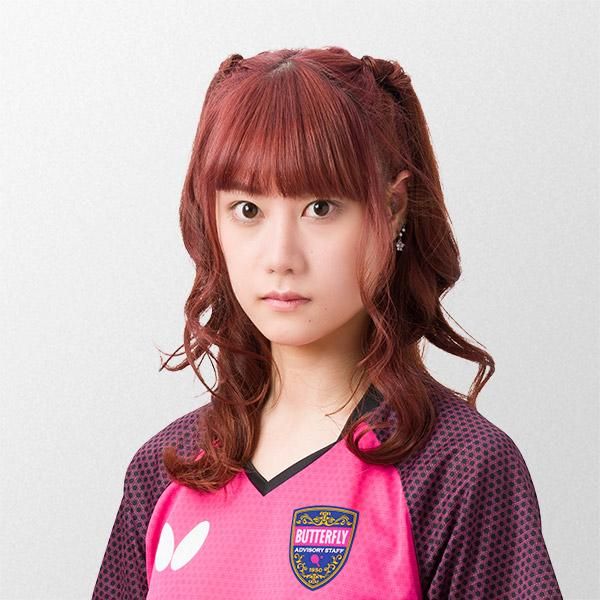 ※ When put this product in the racket is “ free – chack ll “ Please use the
※ This product is made of a very delicate , the surface has become easy to very vulnerable .To protect the rubber , after use, please guard the surface always in the film for protection
if you feel an abnormality, such as the skin during
※ use , please discontinue use immediately